Once Upon A Time Baby Shower 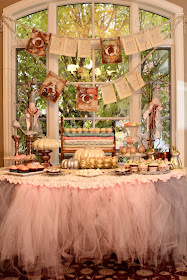 Once upon a time in a far away land... lived a beautiful girl named BreAnne.  BreAnne was a true Princess at heart, always running around in beautiful gowns and would only answer to the names Princess or Honey, of course she was only five at the time. BreAnne loved to sing from the time she could talk, and was enchanted by castles, fairytales, and Princess.  She played roles as fairytale characters in life, from the evil witch, to the beautiful Belle who fell in love with a Beast.  Throughout her life, her dream was to find her Frog Prince.  So she tried a few here and there, as she traveled the world, seeing many beautiful lands and castles as she continued her journey in life to find her prince charming.  Until one day, she found him.  Together they were married in a beautiful castle, and a little over a year later, was blessed with a little princess of their own named Lyla. 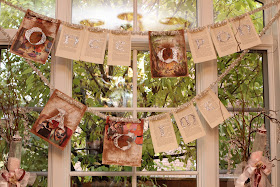 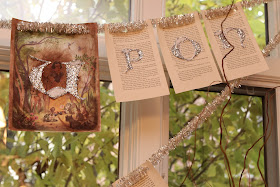 As any good fairytale begins we shall start this babyshower with Once Upon A Time... 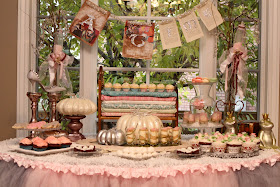 I wanted to make this baby shower to represent my amazing sister.  So when I thought about what was the best way I could do that, I decided to go with a Princess theme.  It did suit her best after all.   BreAnne was a theater major, and stared in many plays.  Her first, was Cinderella playing the evil step sister when she was in elementary school.  In Junior High, she played the evil Queen, in Once Upon a Mattress, and her favorite role was Belle in Beauty and The Beast in college. ( Don't worry she was in A LOT of other plays in-between.) 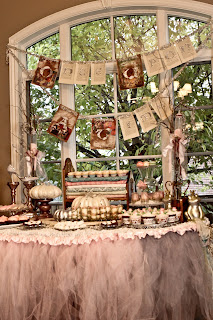 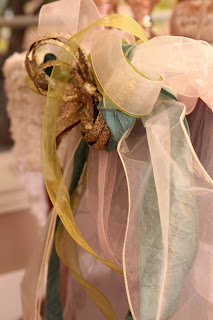 I decided to capture her staring roles in life by carrying each theme into the table.

Cinderella was the first, with her magical pumpkins that later turned into a coach bringing her to the ball. I displayed her beautiful glass slipper on pink mercury glass, and I made glass slipper cookies, and fairy godmother cupcakes to represent her part in the play. In the middle, was Princess and the Pea. For it, I made a bed with mini cupcakes with little peas on them.   I served along side it Petite coconut cream pie's perfect for a Princess to eat right before bed! They sat on an enchanted mirror, nestled between the enchanted pumpkins.  Beauty and the Beast had little macaroons, a traditional French dessert that Belle would be found eating around the palace.  An enchanted rose, because you cant have Belle without the enchanted rose! Enchanted Roses cupcakes, which were Neapolitan style, and of course, Belle's treasured books surrounded by her Frog Prince! 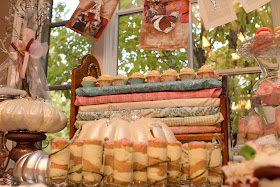 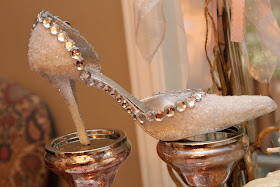 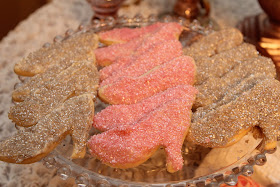 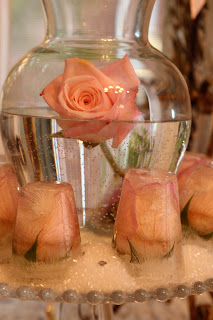 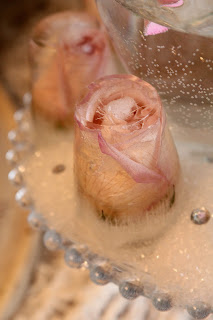 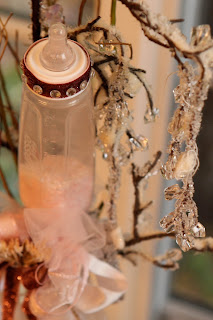 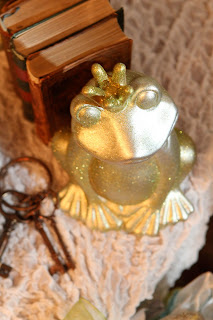 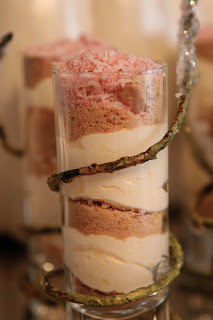 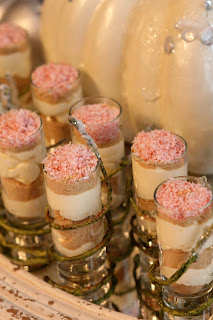 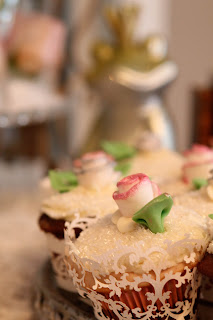 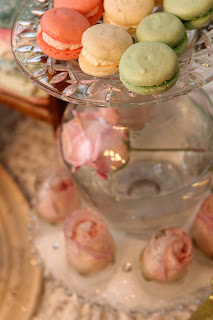 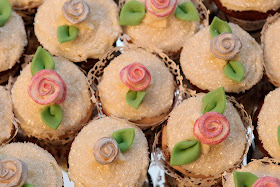 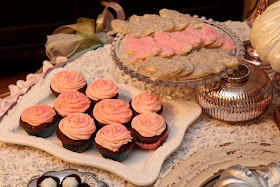 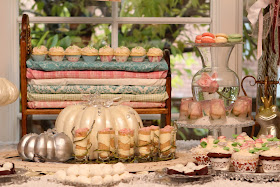 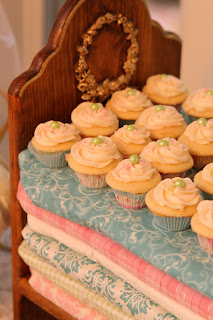 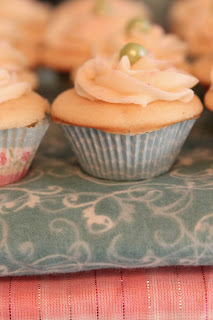 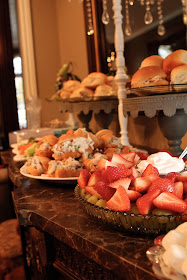 This is the food table, that was on the other side of the room.  We served chicken salad crossants, turkey and cheese sandwiches, fruit and veggie trays with dip.